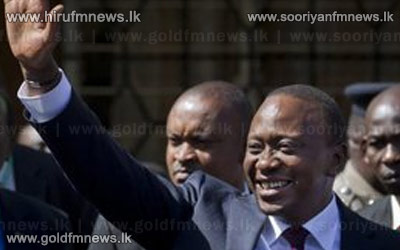 Newly elected Kenyan President Uhuru Kenyatta has hailed his poll win as a "triumph of democracy" and peace.

After being declared winner of Monday's poll by the slimmest of margins - 50.07% - Kenyatta said voters had upheld "respect for the rule of law", and promised to work with opponents.

However his main rival, Raila Odinga, vowed to challenge the result in court.

Kenyatta is set to be tried at the International Criminal Court over violence that followed the 2007 polls.