3 suspects of the 10 million robbery have fled the island; investigations regarding another police personnel 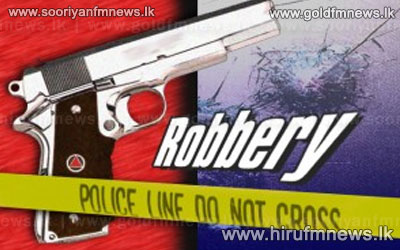 It has been revealed that the chief suspect including two other felons, wanted by police for having stolen 10 million rupees from an accomplished businessman in Slave Island have migrated.

7 suspects were placed under arrest last Friday by the Colombo Crimes Division in connection to the incident which transpired on the 12th of February.

The suspects under arrest include 3 police officers, two attached to the Colombo-Fort Traffic division while the other is an officer of the Ministerial Security Division.

Meanwhile police have commenced investigation in search of yet another police officer attached to Criminal Investigations Department who is believed to be instrumental in the heist.

The Defender incorporated in the heist as well as 1.6 million of the heist money has been recovered by police in their search for the felons.