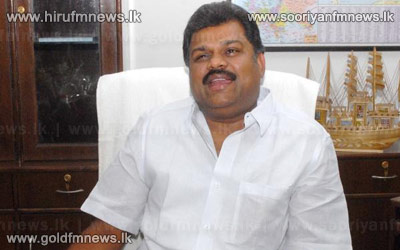 Indian Union Shipping Minister G.K. Vasan protested against the training of two Sri Lankan military personnel in India and demanded that they be sent back immediately.

Differing with his ministerial colleague and Union Minister of State for Defence Pallam Raju, Union Shipping Minister G.K. Vasan added his voice to the growing clamour against training of Sri Lankan military personnel in India.

He is the first Congress Minister to speak against his ministerial colleague Raju, who had justified the training on the ground that Sri Lanka was a friendly country.