Why silent? JVP inquires of government 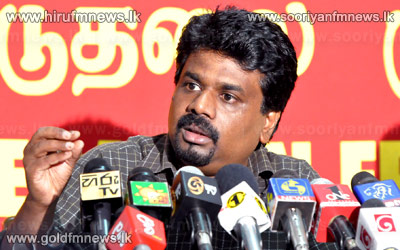 Subsequent to the commencement of the United Nations Human Rights Council in Geneva, a spate of objections emerged from the Indian subcontinent.

Pro-LTTE factions in Tamilnadu continue to hound the Indian Center urging it to vote against the island with regards to the US sponsored draft which was tabled in Geneva recently.

In the wake of these developments Leader of the DMK party in Tamilnadu, Muththuweil Karunanidhi states that he remains disappointed regarding the silence of the Indian centre in this respect.

Indian Union Shipping Minister G.K. Vasan protested against the training of two Sri Lankan military personnel in India and demanded that they be sent back immediately.

Differing with his ministerial colleague and Union Minister of State for Defence Pallam Raju, Union Shipping Minister G.K. Vasan added his voice to the growing clamour against training of Sri Lankan military personnel in India.

Vasan said his party unit in the State was in full agreement with other political parties on this issue and would soon meet Defence Minister A.K. Antony to press the demand.

He is the first Congress Minister to speak against his ministerial colleague Raju, who had justified the training on the ground that Sri Lanka was a friendly country.

Moreover JVP Parliamentarian Anura Kumara Dissanayeke expressing his views with regards to the UN Human Rights Council Session currently underway in Geneva noted that the government was attempting to reach an agreement with the parties concerned.

Meanwhile General Secretary of the Sri Lanka Freedom Party Minister Maithreepala Sirisena states that although the LTTE suffered a military defeat at the hands of Sri Lankan security forces, the ideology behind it still remains active.

Minister Sirisena even noted that the LTTE was active even within the UN Human Rights Council.

General Secretary of the SLFP Minister Maithreepala Sirisena made this observation while addressing a function which was held in Polonnaruwa today.