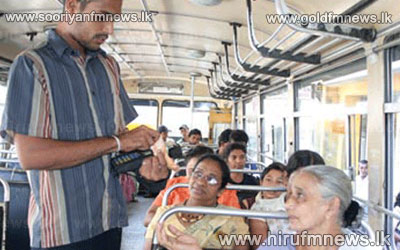 Several bus associations in the south have opposed a proposed move to increase bus fares.

The Southern province private Bus Owners Association as well as the Mathara Private Bus owners association opposed moves to increase bus fares while presiding over a joint media briefing which was held in Mathara today.

During a recent meeting which was held in Friday between official’s of bus associations & representatives of the Ministry of Finance it was proposed to increase bus fares by 6to7%.

However Chairman of the Southern province Bus Association Chandana De Soysa stated that he opposed this move.

Meanwhile Chairman of the Lanka Private Bus owners Association Gamunu Wijerathna when contacted expressed the following views in this regard.