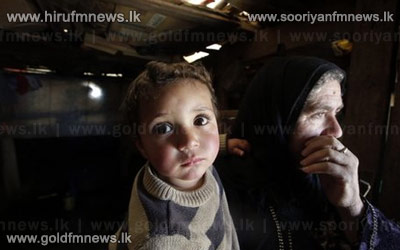 The number of refugees from Syria may double or even triple this year if the conflict does not end, the UN's refugee chief has said.

Speaking in neighbouring Turkey, Antonio Guterres warned of the "risk of an explosion" across the Middle East if the crisis continued much longer.

Fighting flared up again yesterday, as rebels reportedly launched a surprise attack inside the city of Homs.

The UN believes as many as 70,000 people have died in the two-year conflict.