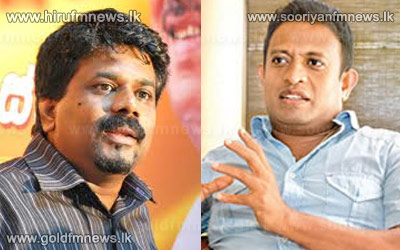 The government today answered queries raised by the JVP regarding emergency acts which have been submitted before parliament.

Expressing its views in parliament yesterday the JVP noted that, if the government fails to approve 6 bills before parliament prior to the end of this month, registration fees as well as fines contained therein would require to be annulled.

Expressing further views in this regard JVP parliamentarian Anura Kumara Dissanayeke noted that 21 tax revision acts which were presented in accordance to the budget proposal had been presented before parliament last Friday.

However Dissanayeke noted that only 15 drafts had been tabled in parliament out of the 21 revision acts which were presented.

Moreover Anura Kumara Dissanayeke noted that the government was attempting to table the remnant 6 bills in violation of parliamentary traditions.

When inquired from Deputy Speaker Chandima Weerakkodi in this regard he noted that steps had been taken to obtain approval for these bills in accordance with standing orders.