SL writes to US regarding hearing against terror suspect 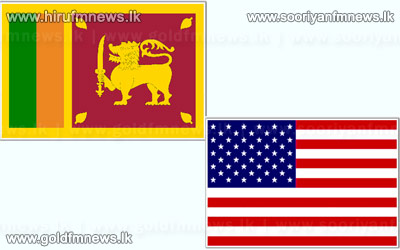 The Canadian National Post in an article published by it states that  the government of Sri Lanka has asked the United States to abandon the prosecution of a Canadian charged with buying equipment and laundering money for the LTTE.

The extraordinary request, in a letter sent to the U.S. State Department, concerns Suresh Sri-skandarajah, who was extradited to New York in December to stand trial on terrorism charges.

The letter, which surfaced during the suspects bail hearing last month, urged the U.S. to drop the charges against the suspect in light of his publicly recognizing efforts to secure a lasting & peaceful reconciliation for the Tamil people.

But U.S. prosecutors are proceeding with the case nonetheless, and the judge has ruled that the letter was not relevant to the bail proceedings, ordering the suspect to be held in custody for the duration of the trial.

The judge also denied bail to a second Canadian, P Nadarajah, who faces terrorism charges for his alleged role in a plot to purchase 1-million dollars worth of AK-47 assault rifles and surface-to-air missiles for the Tamil Tigers.

Both men were arrested in Toronto following a investigation called Project O-Needle.

They were extradited to the U.S. in late 2012 after the Supreme Court of Canada rejected their appeals.