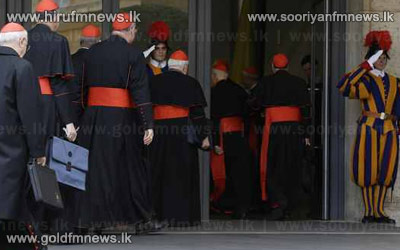 Catholic cardinals had a final day of talks yesterday before going into lockdown in the Sistine Chapel to elect a new pope after Benedict the 16th shock resignation, with an Italian and a Brazilian among the top contenders.

The cardinals have been debating the challenges that the next pope will face and vetting possible candidates for the post, as well as airing rare criticism of the Vatican's opaque bureaucracy.

Vatican insiders put Milan Archbishop Angelo Scola in the lead, but short of the two-thirds of the 115 "cardinal electors" needed to become the new leader of the world's 1.2 billion Catholics.