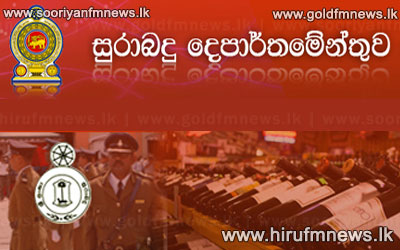 The Department of Excise states that compared to the year 2011, the consumption of alcohol in the year 2012 has increased by a minute proportion.

The Department of Excise made this observation set against the backdrop of a recent survey carried out by an independent institution, in which it placed Sri Lanka fourth amongst the countries with the highest consumption of alcohol.

Media Spokesperson of the Department of Excise Prabath Jayawardhna expressing his views to our news team made the following observations in this regard.