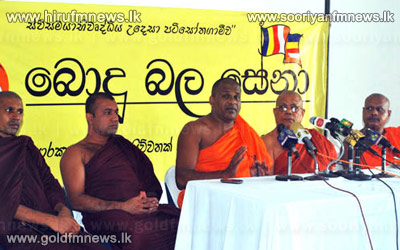 General Secretary of the Jathika Hela Urumaya Minister Patali Champika Ranawaka states that they not only oppose the Halal Logo, but the whole entailing process should be abrogated.

Minister Ranawaka observed that although the Chamber of Commerce had stated that it would not utilize Halal certification in the country here after, such a statement stirred doubts.

However, Secretary of the Bodu Bala Sena Organization Venerable Galagodaththe Gnanasaara thera stated that removing only the Halal logo was insufficient.

However, Ven. Prof. Bellanwila Wimalarathana thera speaking at a media briefing that was held yesterday stated that the solving of the halal issue was a victory for the country.