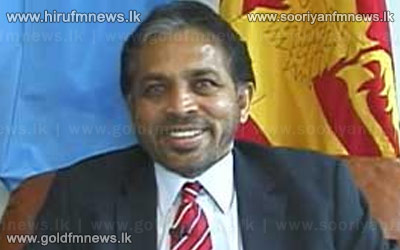 Sri Lanka's Permanent Representative to the United Nations Ambassador Palitha Kohona has disclosed to the Asian Tribune something that Sri Lanka had undertaken, which any other country in the Globe that faced terrorism had failed to.

According to Dr. Kohona Sri Lanka was the country which had rehabilitated of captured LTTE suicide bombers and released them to the larger Sri Lankan community.

Dr. Kohona in his interview recalls that the LTTE had utilized suicide bombings extensively, over 230 times, during which thousands of civilians had been killed.

The bombing of the Central Bank in Colombo according to Dr. Kohona had killed over 1400 civilians.

Meanwhile the Asian tribune also notes that Sri Lankan Tamils continue to be humiliated and ridiculed due to the actions of DMK Leader M. Karunanidhi and

It notes that Karunanidhi’s calls had been ignored by Sri Lanka Tamils when he called on Tuesday for a dawn to dusk general strike.

Furthermore the Asian Tribune states that this call for a general strike was symbolically meant for the Sri Lankan Tamils to react, whereas they have simply rejected the call dismissed it as a non-event in the North and East of Sri Lanka.

Moreover Secretary to the Ministry of External Affairs Karunathilleke Amunugama expressing his views to Xinhua has stated that he remained hopeful of India's backing against the U.S. sponsored resolution at the United Nations Human Rights Council in Geneva.

Speaking further Amunugama had noted that India is likely to make its decision however at the very last minute when the final document is presented.

Still in related developments, a protest campaign slated to be held opposite the UNHRC office in Geneva this friday has been cancelled on a request by the Ministry of Foreign Affairs in Sri Lanka.

The protest campaign against the resolution brought against Sri Lanka was to be held with the participation of Sri Lankans living in European countries.

Meanwhile the British government says it continues to look to Sri Lanka to demonstrate its commitment to upholding the Commonwealth values of good governance and respect for human rights.

Senior Minister of State at the Department for Communities and Local Government and Foreign and Commonwealth Office, Baroness Sayeeda Warsi, said that a decision has not been taken yet on Britain’s attendance at the Commonwealth Heads of Government Meeting in November.

She said this in reply to a question posed on Sri Lanka at the British House of Lords.

However despite these claims the official web site of the Commonwealth states that The Commonwealth Heads of Government Meeting would be held in Sri Lanka from the 15th to the 17th of November.