Father Benedict Joseph speaks about the history of new Pope. 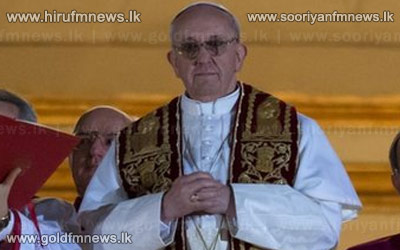 Argentina's Jorge Mario Bergoglio was elected Pope Francis the 1st becoming the first Latin American pontiff in a surprise decision that signalled a desire for a more open Catholic Church.

The 76-year-old moderate emerged smiling on to the balcony of St Peter's Basilica to cries of "Long live the pope!" as tens of thousands of pilgrims cheered, cried and applauded.

The first non-European pope in more than 1,200 years of Church history, Francis called for "brotherhood" among the world's 1.2 billion Catholics and prayed the Hail Mary together with the crowd in St Peter's Square.

We also obtained the views of Media spokesperson of the National Catholic Social Communication Council Reverend Father Benedict Joseph regarding the historic occasion.