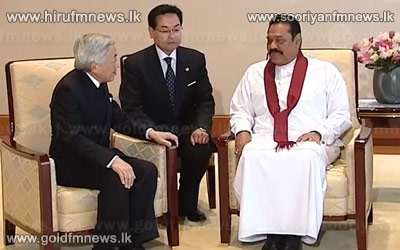 President Mahinda Rajapaksa who is on a four day tour to Japan met with the countries emperor Akihitho today.

During the meeting issues of bilateral concern are said to have dominated the agenda.

Speaking here President Rajapaksa had noted that Buddhism had played an active role in consolidating ties between both countries in a historic context.