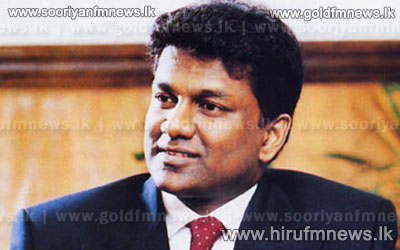 Minister of Sports Mahindananda Aluthgamage states that the investigative report carried out on Thilanga Sumathipala, subsequent to handing over of nomination to run for Chairman of Sri Lanka Cricket has been handed over to the Attorney General.

Expressing his views to our news team Minister Aluthgamage added that this course of action had been resorted in order to obtain further advice.

Thilanga Sumathipala had handed in his nominations for SLC’s election on the 27th of February.

Against this backdrop 3 prominent sports clubs filed objections against his nomination, charging that he was unable to do so legally.

Baduraliya, Sebastian Night and Kegalle Sports clubs filing objections against Thilanga Sumathipala stated that he was involved in the Race by Race betting trade, an owner of a media institution and the representative of a sports equipment brand and hence was unsuitable to contest for a post at the SLC.

Accordingly a 3 person committee was appointed by Minister of Sports Mahindananda Aluthgamage in this regard.

In a fax issued this evening the Ministry of sports notified all media institutions in the country today that the decision of this committee report would be published this evening.

However ultimately the ministry noted that the media briefing due to be called in to make this announcement had been cancelled.

The Secretary to the Ministry of Sports noted that this decision had been issued since it was unable to receive the report by this evening.

Meanwhile Panduka Keerthinanda a member of this committee confirmed to our news team that this report had been handed over to minister of sports Mahindananda Aluthgamage at around 3.30 this evening.

When contacted Minister of Sports Mahindananda Aluthgamage noted that the report had been submitted to the Attorney General’s Department for further investigations.

However the public expressed their aversion against Sumathipala’s decision to run for Chairman of SLC.