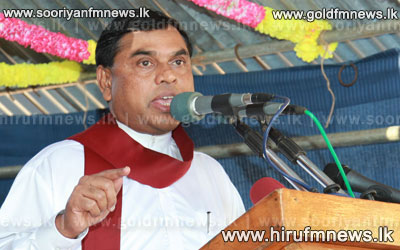 Minister of Economic Development Basil Rajapaksa while addressing a function held in Minuwangoda yesterday replied to Opposition Leader Ranil Wickremesinghe’s recent statement in which he stated that he was prepared to enter into an agreement with the government in order to promote reconciliation.

In his statement Wickremesinghe noted that he was prepared to arrive at the Mathththala air port in order to sign the agreement in this regard.

However addressing crowds in Minuwangoda yesterday Minister Basil Rajapaksa observed that agreements were uncalled for when acting in the interests of the country.