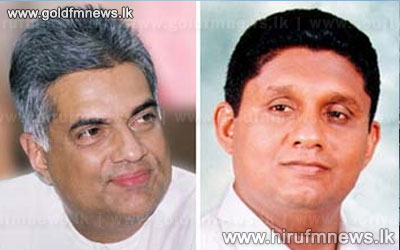 Parliamentarian Sajith Premadasa has been reinstated in the working committee of the United National Party as a member directly appointed by Opposition Leader Ranil Wickremesinghe under the powers vested in him.

Accordingly 17 members have been appointed by Wickremesinghe thus far while Sajith Premadasa’s appointment would count as the 18th appointment.

Earlier Sajith Premadasa was represented in the working committee of the UNP since he was the parties’ deputy leader.

Subsequent to being removed as Deputy Party leader Premadasa was removed from the parties working committee.