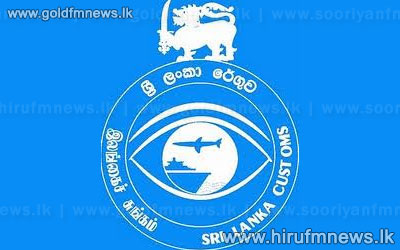 The stock of Ethanol which was imported from Vietnam was seized at Thotalanga by Excise officers on Wednesday.

Although on many previous occasions the Customs had opened containers containing large stocks of illegally imported goods in the presence of the media, they had refused to do so giving rise to many questions.

Following is the heated situation arose between custom officers and media personnel.