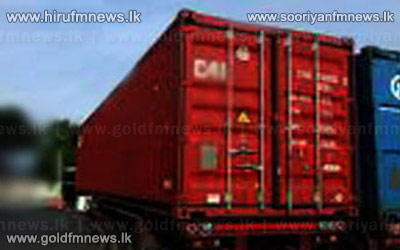 Although the two containers were impounded excise officials were not permitted to inspect the contents.

However subsequent to permission granted by the customs this morning it was revealed that both containers contained barrels of ethanol.

Samples of the substance have been sent to the Government Analyst for further inspection.