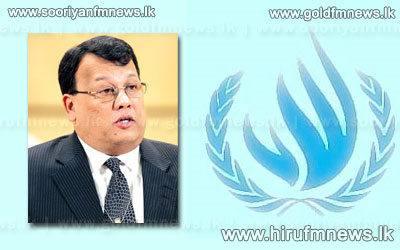 Addressing the UNHRC yesterday Minister Mahinda Samarasinghe thanked the member states of the UNHRC for their positive engagement during the Universal Periodic Review while highlighting the concerns of the country regarding misinformation.

Minister Samarasinghe stated that the country was thankful to member states that acknowledged its progress last November in terms of the stride Sri Lanka had made following the war.

Furthermore, he added that Sri Lanka had accepted 12 recommendations pertaining to the implementation of the recommendations set out by the Lessons Learnt and Reconciliation Commission.

At present attention continues to grip the US sponsored resolution against Sri Lanka & neighboring India’s stance on it.

Our news team made inquiries from Minister Mahinda Samarasinghe, who is the Sri Lankan Presidents Special Envoy on Human Rights to the UN regarding the countries future course of action during the UNHRC.

When inquired from Minister Mahinda Samarasinghe regarding India’s stance on the matter the minister had this to share.

Moreover Minister Mahinda Samarasinghe added that Sri Lanka should build on the momentum of the Universal Periodic Review which was adopted at the UNHRC yesterday.