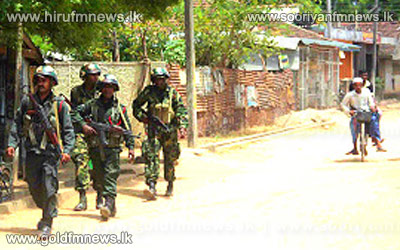 The BBC’s Sandeshaya states that incriminating evidence in the form of videos & photographs has been received by it leveling allegations against Sri Lankan Security forces of war crimes.

Sandeshaya notes that the material was provided by the London based Global Tamil Forumn.

Against this backdrop Army Spokesperson Brigadier Ruwan Wanigasooriya categorically denied these charges dismissing them as a failed attempt to tarnish the image of Sri Lanka.