Another revelation on Halal today in Kandy 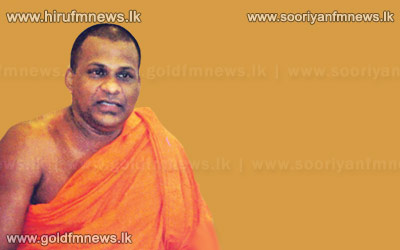 The Bodu Bala Sena Organization stated that another important revelation regarding the Halal Certification will be made in Kandy today.

General Secretary of the Organization Ven. Galagoda aththe Gnanasara thera expressed these views at a meeting that was held in Baduraliya yesterday.

Meanwhile, Sri Lanka Muslim Congress Member at the Kandy Municipal Council Azmin Marikkar stated that it was the responsibility of the government to release food items with the halal certification to the market.

However, Leader of the Jathika Hela Urumaya Ven. Omalpe Sobhitha Thera speaking at a meeting that was held in Homagama yesterday suggested a solution to this issue.