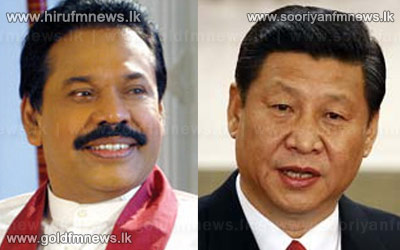 The Presidents spokesperson stated that the two Presidents had held discussions for approximately 15 minutes.

President Rajapaksa had extended his best wishes to his Chinese counterpart and have focussed attention on several matters of importance including strengthening ties between the two countries.