We should support the US resolution; Indian Finance Minister - We will safeguard Sri Lankaâ€™s sovereignty; Chinese President 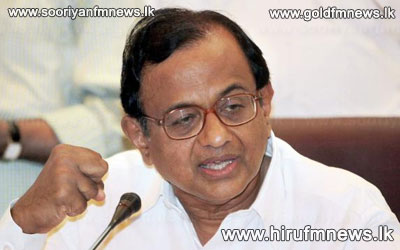 The Universal Periodic Review of Sri Lanka which was taken up at the United Nations Human Rights Council has been commended by India.

However the stance of India regarding Sri Lanka & the US sponsored resolution due to be moved against it is yet to be revealed.

India notes that Sri Lankas acceptance that recommendations of the Lessons Learnt & Reconciliation Commission should be enacted should be extolled.

Meanwhile DMK Leader M. Karunanidhi has warned that if India does not vote in favor of the US sponsored resolution against Sri Lanka his party would pull out from the Congress Alliance.

While addressing a gathering held in Tamilnadu’s-Kareikudi Indian Minister of Finance P. Chidambaram hinted at the US sponsored resolution stating that there was a good probability of India supporting it.

Meanwhile Xi-Jin-Ping who was appointed the by the Chinese National Congress as the Countries President has pledged China’s support towards protecting Sri Lanka’s national integrity.

Moreover the Times of India noted that this shows China’s support for Sri Lanka When the US sponsored resolution is moved against the island at the UNHRC.