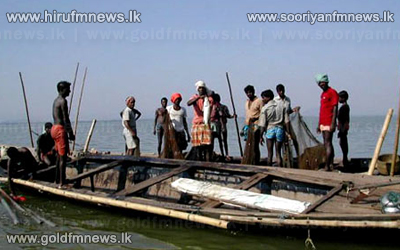 The relatives of four fishermen who are currently being detained in Mauritania have lodged a complaint at the Weligama police seeking their release.

The four detained fishermen had set sail from the Weligama area on the 19th of December accompanied by 4 fishermen from the Beruwala area.

However when the group had been lost at sea due to a storm and were drifting, they had been arrested by security officials of Mauritania.

Relative of the detained fishermen charge that they have note received any proper information with regards to their kin.

When contacted, Operations Director of the Surveillance Unit of the Department of Fisheries Lal Silva noted that measures were underway to secure the release of the detainees.