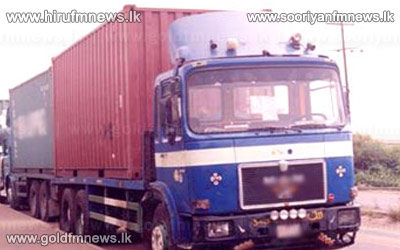 The All Ceylon Customs Services Union states that there is a political influence behind the recently confiscated shipment of ethanol.

Secretary of the ACCSU J.A. Gunathileke made this remark while addressing a media briefing which was held in Colombo this morning.

Moreover the Secretary of the ACCSU challenged the Commissioner of Excise to demonstrate if power had been vested in the Department of Excise by the Excise Act which in turn enables the department to carryout investigations on goods under the custody of the Department of Customs.

Spokesperson of the Department of Excise, Prabath Jayawickrema when contacted noted that the raid had been executed under the powers vested in his department.