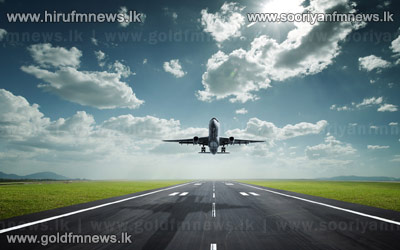 Civil Aviation Minister Priyankara Jayaratne said the facility will go down in history as the first-ever to be operated as an international airport from day one of its commencement.

SriLankan Airlines, the country’s national carrier, will fly the inaugural flight to MRIA.

The airport has a one million passenger handling capacity.

SriLankan Airlines during the first phase will operate two flights to Riyadh, four to Male, two to Beijing and one to Shanghai via Bangkok.

Another impressive factor at MRIA is that its modern airstrip could facilitate landing of the latest Airbus 380.

The airport is geared to support domestic flights as well and will handle air-sea cargo transshipment in conjunction with the Hambantota sea port and will be an alternative to BIA.

The entire project is to cost 200 million dollars.