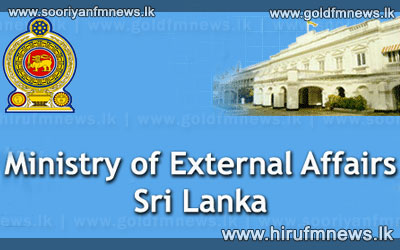 The Ministry of external Affairs state that its attention has been focused at ensuring the safety of Sri Lankan’s & Sri Lankan owned institutions in Tamilnadu during the days to come.

A Buddhist monk, who was also a post-graduate student on archeology at the University of Delhi was ruffed-up by a group of pro-LTTE activists in Braha-dees-waram in Thanjiwur.

Upon having being salvaged from the mob, the Buddhist Priest was subsequently sent to the Sri Lankan High Commission in Chennai through the intervention of police.

A spokesperson attached to the Ministry of External affairs made this observation in reply to a query made by our news team regarding the recent threats faced by Sri Lankan tourists traveling in India.

It is reported that Tamilnadu politicians are pressuring the Indian Center to vote against Sri Lanka during the adoption of the US sponsored resolution.

Against this back drop many Sri Lanka’s as well as Sri Lanakan owned institutions were attacked during the past few days.

However the government of Sri Lanka has requested of India to make necessary arrangements to ensure the security of Sri Lankan’s, a request which has been entertained favorably by India.