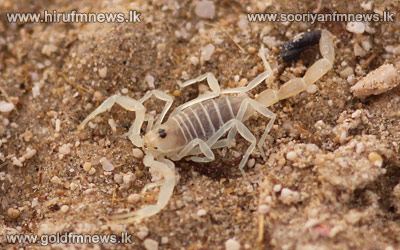 A highly poisonous white scorpion that had never been reported in the country has been discovered in Jaffna.

According to the research team investigating the species there is a risk of the species spreading to other parts of the island as well.

The deadly species of scorpion were discovered by a team that included scientists from the faculties of Zoology and Medicine of the University of Peradeniya and doctors from Jaffna Teaching Hospital.

A member of the research team Ironi Nagasena speaking to our news team expressed the following views in this regard.