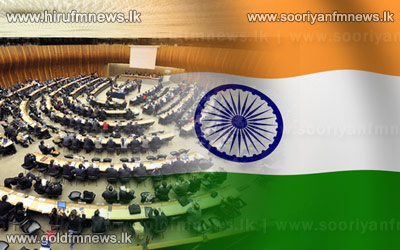 India’s decision about the US resolution against Sri Lanka presented to the Geneva Human Rights Council is scheduled to be disclosed today.

A trio of ministers - P Chidambaram, AK Antony and Ghulam Nabi Azad - met the DMK chief M Karunanidhi last evening after which he said, he has been assured that their demands will be met.

But sources indicate that a compromise was not brokered and the DMK has threatened to pull its ministers from the government.

However, the Foreign Ministry said India has not yet seen the final format of the proposed resolution at the UN Human Rights Council against Sri Lanka.

The text of the resolution is expected to be finalised and circulated today.

Dilip Sinha, the permanent representative of India to the UN in Geneva, will arrive in Delhi today to brief the government on the US resolution.

Amidst severe attack by Tamil parties over engagement with Sri Lanka, the Indian Government has called off the annual defence dialogue with the island nation scheduled to begin from March 23rd.

No reason was given for the cancellation of the Secretary-level talks which were to be held in New Delhi for three days.

During the talks, the two sides were to discuss ways to strengthen defence ties and finalise future military exercises.

The decision has come at a time when Tamil Nadu parties are up in arms over India's engagement with Sri Lanka.

However, India has also maintained that it will not cease military ties with Sri Lanka and continue to provide training to its personnel in Indian military academies and institutions.