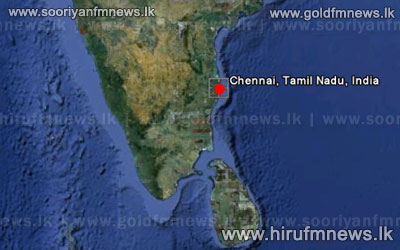 The Chennai High Commission has requested the Sri Lankan public to notify the commission if they are engaging in any tours of South India.

Speaking to our news team Acting Deputy High Commissioner Amir Ajwad stated that several small scale extremist groups are engaging in activities against Sri Lanka based on the UNHRC session in Geneva.

The Acting Deputy High Commissioner made this comment when our news team inquired regarding the assaults carried out on two Buddhist monks in Tamil Nadu on two occasions.

He further stated that there are anti Sri Lankan demonstrations being held in Tamil Nadu today as well.

Meanwhile the Sinhala Rawaya Organization expressing its dissent against attacks on Buddhist monks in Southern India staged a protest before the Indian High Commission in Colpitty today.

Menwhile the deputy Indian High Commissioner who is currently in Kandy is due to notify the Mahanayeke Thero’s regarding the latest developments.

However General Secretary of the UNP MP Thissa Aththanayeke addressing a media briefing which was held in Colombo today stated that expatriate Sri Lankan’s were made to atone for the mistakes of the government in foreign countries.