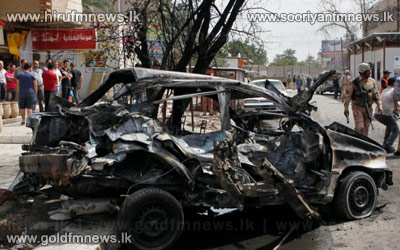 Up to 60 people have been killed in a series of car and suicide bombings mainly in Shia areas in and around Iraq's capital, Baghdad, officials say.

Iraq's deadliest day in six months came on the 10th anniversary of the US-led invasion that toppled Saddam Hussein.

Violence has decreased in Iraq since the peak of the insurgency in 2006 and 2007, but bombings are still common.