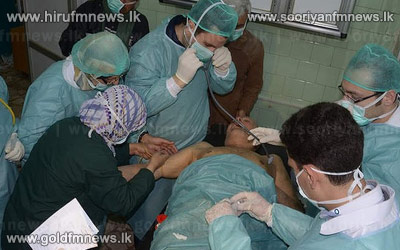 Syrian troops and insurgents accused each other of using chemical weapons for the first time, as a newly elected rebel premier ruled out dialogue with President Bashar al-Assad's regime.

Deputy Foreign Minister Faisal Muqdad said 31 people had been killed, and state media added that around 100 more were injured.

But the insurgents denied the charges and accused regime forces of a deadly long-range missile attack that caused "breathing problems".