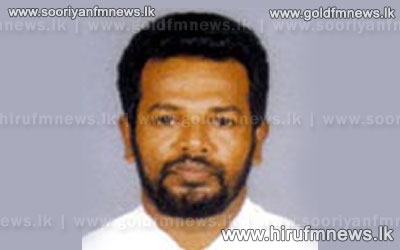 The UNP had called a disciplinary hearing against MP Thevarapperuma for attending a meeting organized by the United Bhikku Front.

However, MP Thevarapperuma, who appeared before the disciplinary committee had stated that he needs to work with the party in the future and subsequently, had withdrawn the petition filed by him at the Mount Lavinia District Court.

Subsequent to these developments the UNP Disciplinary committee has decided to present MP Theverapperuma with the post of organizer in the Mathugama seat along with his party membership.

MP Palitha Thevarapperuma had the following to say with regard to withdrawing the petition he had filed.

However, the UNP states that the disciplinary investigation against MPs Palitha Rangebandara and Ashoka Abeysinghe for attending the meeting organized by Sarath Fonseka is continuing.