Sri Lanka requests a vote on the resolution at the UNHRC 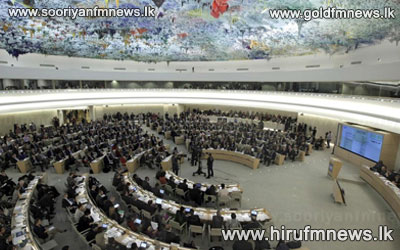 Sri Lanka said it intends to request for a vote when the United States sponsored draft resolution is taken up at the United Nations Human Rights Council tomorrow.

In letters addressed to Foreign Ministers of Human Rights Council member countries, Sri Lanka's External Affairs Minister Prof. G.L. Peiris rejecting the new resolution has said, that Sri Lanka seeks the understanding and the support of HRC member states at the vote on this resolution.

The U.S. yesterday tabled a dressed down version of its resolution 'Promoting reconciliation and accountability in Sri Lanka' at the 22nd session of the UNHRC in Geneva Monday.

According to Minister Peiris, introducing a single country resolution against Sri Lanka is counterproductive at a time when Sri Lanka is working hard to establish a sustainable peace and reconciliation in the country.

The Minister emphasized thta Government of Sri Lanka believes that drawing disproportionate attention to Sri Lanka's situation and introducing a resolution that seeks to discredit, single out the country and name and shame are unhelpful and counterproductive to Sri Lanka's current reconciliation process.

He pointed out that the beneficiaries of such action would be none other than the divisive forces that seek to destabilize the hard won peace in the country.

The Minister also cautioned the member states that such acts will set a dangerous precedent for all the countries.