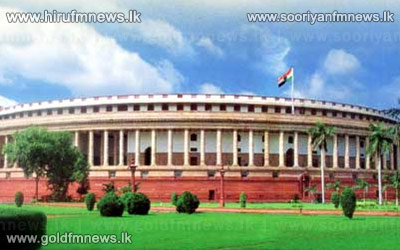 The DMK and AIADMK were virtually isolated yesterday after all other parties opposed any move to condemn Sri Lanka in Indian parliament over rights abuses.

A senior leader told IANS that almost all other parties came out against any criticism of Sri Lanka, an issue that has affected parliament's functioning in recent days.

The leader said after the one-and-a-half-hour meeting Most parties opposed the proposed resolution, and even the Congress did not suggest moving the resolution in parliament,.

Congress leader and Parliamentary Affairs Minister Kamal Nath later said that they were unable to arrive at a solution.

The Samajwadi Party fiercely opposed the move to pass a resolution targeting a specific country.

Rewati Raman Singh told reporters that It is not proper to bring a resolution against Sri Lanka in parliament.

He recalled that Sri Lanka stood by New Delhi when China attacked India in 1962.

The meeting was called by Lok Sabha Speaker Meira Kumar to find ways to end the parliament log-jam over the Sri Lanka issue.