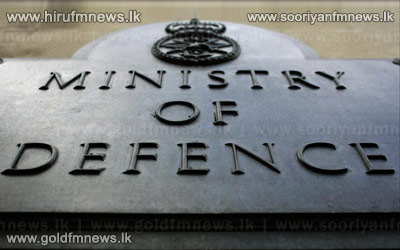 The Defence Ministry requests the people to be constantly well-informed if they were touring South India.

The Defence Ministry asked that as far as possible areas including Chennai from where various incidents had been reported be avoided.

The Defence Ministry emphasized that organizers of pilgrimages to India too should be aware of this.

Several organizations including the Bodu Bala Senaa, the JHU and the Kandy Hindu Association staged a protest in front of the Kandy Clock Tower yesterday in protest against the attacks inflicted on Buddhist monks in Tamil Nadu.

Venerable Wadupola Wangeesa Thero who had returned to the island yesterday after having been a victim of an attack in a train in Chennai in India too participated in the above action.