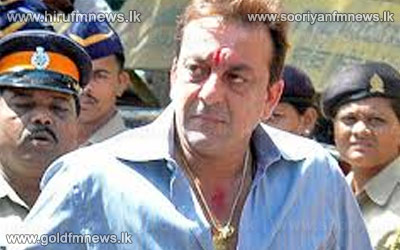 Dutt has to surrender within the next four weeks.

His sentence has been reduced to five years from six years.

The actor has already spent 18 months in jail.

The Supreme Court of India upheld the conviction of Sanjay Dutt under the Indian Arms Act.

The actor was convicted in November 2006 for illegal possession of a 9mm pistol and an AK-56 rifle, but was acquitted of more serious charges of criminal conspiracy under the now defunct anti-terror TADA (Terrorist and Disruptive Activities (Prevention) Act.

Sanjay Dutt was earlier sentenced to six years jail term for possessing a weapon illegally. The apex court says that the circumstances and nature of the offence was so serious that Dutt cannot be released on probation.