India to move two last-minute amendments to US resolution 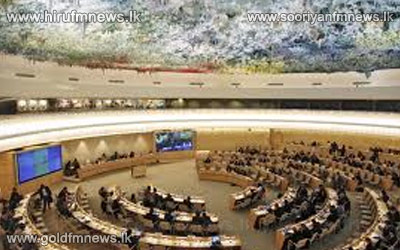 India is scheduled to move two amendments to the US-sponsored resolution in the UN Human Rights Council against Sri Lanka.

India’s envoy to the UN, Dilip Sinha, who was in New Delhi until last night, returned to Geneva with instructions to move the two amendments to the resolution.

While this is clearly a political move, it comes after a revised draft that watered down the initial resolution following a lot of persuasion by New Delhi.

India will be officially moving amendments to seemingly toughen its stance, and officials were working on the amendments until late last night.

Sinha is expected to vote on the resolution almost as soon as he lands in Geneva.

It’s not clear when the amendments will be moved, and whether they will be incorporated into the final resolution.

The US-sponsored resolution against Sri Lanka will be voted upon today at the 22nd session of the UN Human Rights Council in Geneva.

The voting on the US resolution against Sri Lanka will take place at 10 a.m. Geneva Time.

In a statement, he said Jayalalithaa should take necessary steps to ensure that the visitors from Sri Lanka are not harmed.