We will not bow to foreign pressure; President 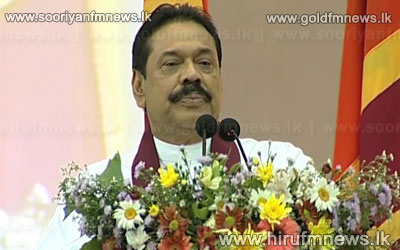 President Mahinda Rajapakse states that despite the pressure exerted by certain foreign elements and certain foreign press institutions, the country is not prepared to submit to that pressure.

President Rajapakse further stated that accusations raised by certain parties that the reason for Sri Lanka’s loss during the UNHRC session was poor foreign relations management was untrue.

The President made these statements while taking part in the ceremony to present Presidential colors and Regimental colors to the Wijayaba Infantry Regiment.