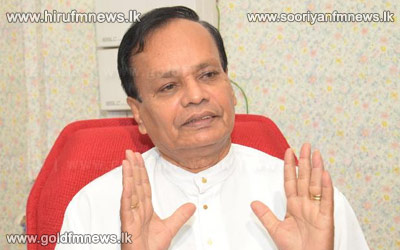 Deputy Minister of Higher Education Nandimithra Ekanayeke in a letter addressed to President Mahinda Rajapaksa has made clarifications regarding an article carried by a weekend news paper which involves him.

The article carried by the weekend news paper notes that the Deputy Minister of Higher Education had been acting against the interests of the President.

Moreover in his letter addressed to the President, Deputy Minister Nandimithara Ekanayaka has requested of President Rajapaksa to carryout an independent investigation into the matter through the Criminal Investigations Department.