Do not fear US sponsored resolution; assures Ministry of External Affairs 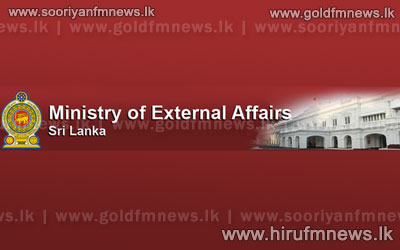 foster unwarranted fears regarding the US sponsored resolution.

Expressing his views to our news team Director General of International Affairs at the Ministry of External Affairs Rodni Perera stated that no Western state could pressurize Sri Lanka.

Meanwhile the Ministry of External Affairs has expressed its dissent regarding a footage broadcast by India’s NDTV.

The footage broadcast had displayed pro LTTE sympathizers demonstrating against the island brandishing placards depicting alleged atrocities committed by Sri Lankan armed forces, which in reality were photographs depicting the Kabithigollewa claymore attack carried out by the LTTE.