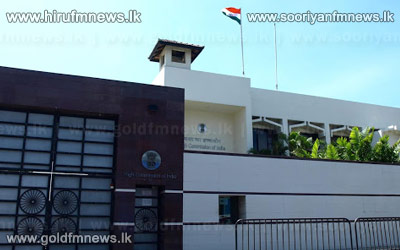 Moreover several student faculties have been shut down due to protests launched by pro-LTTE sympathizers in Tamilnadu.

It is reported that students have been deprived of lodging due to the ensuing tension.

When inquired from Acting Sri Lankan Deputy High Commissioner in Chennai Ameer Jawaad in this regard he confirmed that around 40 students were receiving their education at educational faculties located in Tamilnadu.

Jawaad expressing his views to our news team noted that these faculties would nonetheless resume their activities tomorrow.

Moreover reports are rife which state that plans are currently underway to relocate the office of the Deputy Sri Lankan High Commission in Chennai over to Thrivendrum.

However when inquired from the Secretary to the Ministry of external Affairs Karunathileke Amunugama he denied knowledge of any such move.

Meanwhile The Madurai bench of the Madras high court has dismissed the public interest litigation which seeks the closure of the high commission of India in Sri Lanka.

The petitioner M Solaikannan, the Madurai district president of Hindu Peoples Party, had filed a PIL seeking directions to the respondents, namely, the Union cabinet secretary, the national security advisor to the Prime Minister and the foreign secretary, to consider his representation dated January 21 and pass orders.

Pointing out the reason for dismissal, the court said that the petitioner's prayer may be granted if he establishes that he is having a specific legal right while the respondents are also under the statutory obligation to carry out their duties and in the event of their failure to do so, to consider and pass orders on the representation seeking closure of Indian high commission.

The petitioner's counsel had made a passionate plea citing alleged human rights violations by Sri Lanka against Tamils in the island country.