A special investigation with regard to the Orugoda-waththa fire. 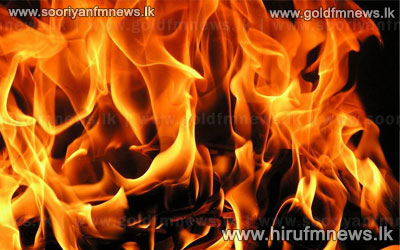 The Petroleum Corporation has begun an investigation with regard to oil tank number two at the Orugodawatta Oil stores complex catching fire.

The tank caught fire as a result of a lightning strike last afternoon.

Responding to a query by our news team Petroleum Corporation Managing Director Susanta de Silva said that primarily attention would be paid on how such a situation could occur when a lightning conductor had been installed.

The fire that erupted in the tank was doused after a few hours.

The Managing Director said further that the damage caused by the fire had not been assessed yet.

The Managing Director said that an investigation will be held with regard to this today.

Repairs to the tank damaged by the fire too are scheduled to be carried out today.