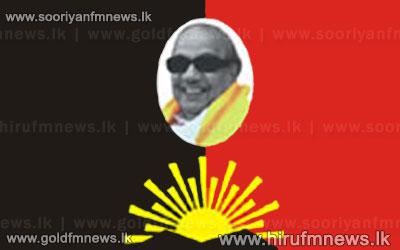 A crucial meeting of the DMK began today to chalk out the party’s future course of action against the UPA government for its slow response to the Sri Lankan issue.

However, party chief M Karunanidhi’s son and former Union Minister MK Alagiri skipped the party meeting in an apparent indication of widening split in the DMK over its decision to withdraw support to the UPA government over the Sri Lankan issue,

According to reports, Alagiri, who is upset with the ‘manner’ in which the party pulled out of the UPA government, also left for Madurai.

Alagiri also met his father and party chief M Karunanidhi on Sunday and conveyed his strong displeasure over the party’s decision to withdraw support to the Congress government at the centre.

Sources close to the DMK claim that Alagiri is upset with younger brother MK Stalin, who is believed to have pushed Karunanidhi to pullout of the UPA government.


Meanwhile, Tamil Nadu chief minister J Jayalalithaa urged the Centre to ensure the cancellation of a meeting of leaders of Commonwealth countries in Sri Lanka.

The Tamil Nadu chief minister wrote to the Prime Minister, warning that if the meeting is held in Colombo in November, it will not only "embolden the Sri Lankan regime but also incense public opinion and sentiment in Tamil Nadu on this very sensitive issue even further.

Like the DMK, she said that India should boycott the session if the venue is not changed.