UN to move many staff out of violence-wracked Syria 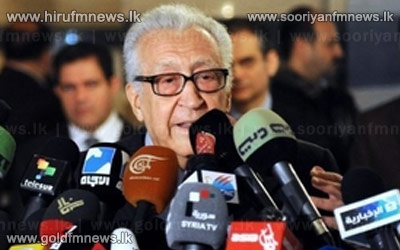 The United Nations is moving about half of its 100 international staff in Syria out of the country as violence creeps closer to UN facilities.

UN spokesman Martin Nesirky told reporters that the foreign staff in Damascus will be relocated because of "security conditions.

Nesirky told reporters that nearly all of the Damascus staff of UN-Arab League envoy Lakhdar Brahimi will be moved to Cairo or Beirut.

But he stressed that efforts by Brahimi, who is based in Cairo, to end the two-year-old conflict would continue.