Petition filed before SC requesting NIC to be issued in Tamil 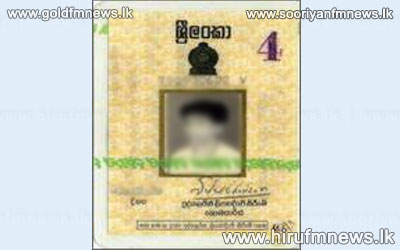 The Supreme Court has decided to postpone the hearing of the fundamental rights petition filed by an area resident of Maharagama in which the applicants requests of court to issue an order to issue the national identification card in both Sinhala & Tamil languages.

Accordingly the hearing of the petition has been postponed until the 02nd of next month.

The applicant of the petition asserts that the NIC should be issued to the public in both languages.

He also notes that members of the public who are not conversant in either one of the languages are greatly inconvenienced during certain instances.

The petitioner notes that it is regrettable that the public are subjected to such inconveniences when both the Sinhala & Tamil languages have been declared as state languages.