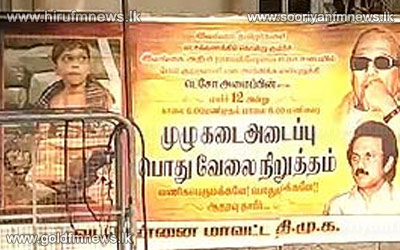 A political poster war is playing out in Tamil Nadu over the Sri Lankan issue.

Ironically, rival parties are groups that are using the same face, of a 12-year-old boy, to score political points.

Balachandran, son of LTTE chief Velupillai Prabhakaran, has emerged as the face of the student protest movement for the Sri Lankan Tamil cause.

The DMK has tried to sail on the momentum created by the student protests. The party was seen to have dented its position as a political party that voiced Tamil ethnic concerns when it failed to raise the issue in 2009.