Tank construction at Maththala to be completed by November 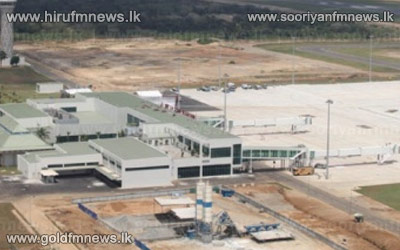 Minister of Petroleum Resources Anura Priyadharshana Yapa states that construction work on the oil storage tank at the Maththala air port will conclude by September this year.

Minister Pridharshana Yapa also noted that until such time fuel required for arriving flights would be provided via fuel tankers.

Media reported yesterday that a flight which had arrived at the Maththala air port had been delayed by an hour yesterday due to a failure attributed to a fuel tanker.

Mnister Anura Priyadharshana Yapa when contacted expressed the following views in this regard.