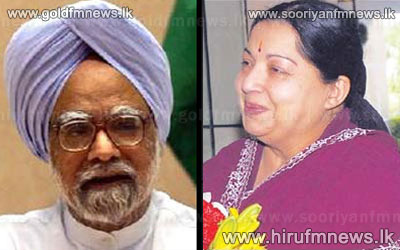 The much-awaited Indian Premier League 2013 is all set to begin next week, but the latest political interference triggered by the Sri Lankan Tamils issue could mar the spirit of the game.

The party said that the centre failed to amend the UN resolution against Sri Lanka for alleged war crimes committed against the Tamils in the Island country.

Tamil actors from the film industry are due to go on a token fast on the 2nd of April.

Meanwhile, an attack was launched on a branch office in Chennai of an Indian mobile service provider which also operates in Sri Lanka.

Indian media reported that this attack had been launched by Students of the Chennai Law College opposing the company for carrying out operations in Sri Lanka.

Meanwhile, in a debate that was held at the Tamilnadu assembly, Chief Minister of the State Jayalalitha Jayaram stated that the Kachchathivu island that currently belongs to Sri Lanka should be taken back by the Indian Central Government.

The island was awarded to Sri Lanka through an Indo Sri Lanka agreement signed in 1974.